What are some interesting facts & anecdotes about the magical 800?

I’ve tried to list three here, doing my best to come up with official data in support, but it was hard to come by. Therefore, you’ll find some anecdotal evidence as well in this post, but nonetheless it’ll provide you plenty of food for thought.

I Googled it, but couldn’t find any official figure on it. Blog posts and threads on various forums put the estimate in 25-30 range, with some test-takers being applicants and some GMAT tutors who take the test to enhance their credibility and keep abreast of the latest in the test.

For argument sake, assume only one-third (around 10) of these are applicants to MBA programs. Rest, tutors.

Why aren’t these ten-odd applicants getting admission to any of the top-three (H/S/W) programs: these three are among very few schools which provide the full GMAT range (unlike most others who provide only middle 80% range, and therefore the highest GMAT score of the incoming class is not available for these schools) of their incoming class, and year after year there has been none with 800 in this range. In their latest class profile, for example, HBS, Stanford, and Wharton have 790, 790, and 780, respectively, as the highest GMAT score in their enrolled class.

It’s hard to believe that someone getting an 800 won’t be ambitious enough to apply to at least few of the top-three programs. But, none is getting through, year after year.

Given this, following conclusion can be drawn: either the estimate of 25-30 getting a perfect score every year is far from fact or the top-three schools are shooting 800s down indiscriminately, which seems hard to believe. (There is some anecdotal evidence that Stanford (scroll down to see the content of this link, as there is some issue at the top of the page) dinged applicants with 800 score, but there isn’t any evidence of bias against the perfect score.)

2. Did Robert McNamara, widely believed to be the first person to score 800 in GMAT, took the GMAT?

The former Secretary of Defense, U.S., is widely believed to be the first person to score the perfect 800 in GMAT. (You’ll get several articles on this when you Google his name in combination with ‘GMAT 800’.)

What is interesting, though, is that GMAT offered its first standardized test in 1954, whereas Robert McNamara earned his MBA from HBS in 1939.

Was it some other test he took? Is the story just that… a story?

Or, am I missing something here?

3. This GMAT tutor may be the only person to score 800 twice 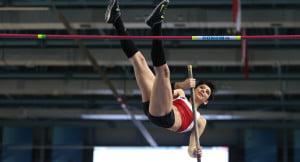 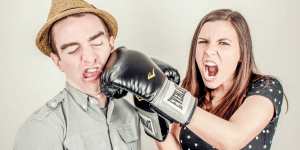 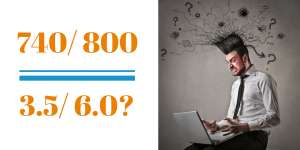