Does the quality of English in your essays matter?

That’s no-brainer. It does. Higher the quality, the better it is. After all it’s reflective of your communication skills.

But how accommodative are admission committees of your sub-par English – rule-based things (grammar, punctuation, and spelling) as well as style (structure, transition, variation in sentences, and so on).

Before getting into it, let’s first see some of the examples (source: Harbus Essay Guide, a compilation of essays of 16 students admitted to class of 2017 at HBS) where admits to HBS deviated from the canons of good English (comments in brackets):

Original: I was able to maintain our business’s ability to quote projects after short notice of a supplier cut-off several months earlier than expected. (Difficult to understand because of its convoluted structure. It’s not necessarily a mistake, but it doesn’t convey the meaning clearly.)

Corrected: After our supplier withdrew from the committed supply much earlier than expected, I stepped in to ensure our ability to quote for new projects. (Reworded to bring clarity)

Original: Four years ago I took my first step towards that dream and started training in kickboxing. (Comma missing)

Corrected: Four years ago, I took my first step towards that dream and started training in kickboxing.

Original: As we fought for equality, we realized that the Jewish community had become much more committed not only to defending its rights as a minority, but also the rights of others different from them. (Not only and but also are not in parallel formation)

Corrected: As we fought for equality, we realized that the Jewish community had become much more committed to defend not only its rights as a minority, but also the rights of others different from them.

One particular essay from an international applicant had more than six clear mistakes and the style was average too. Unarguably, in the sample size of 16 essays, non-native applicants were guiltier. And just to remind, all 16 are admits. Not dinged applicants.

Now, Harbus Essay Guide doesn’t disclose much about these admits – academic and professional accomplishments, diversity, and so on, which play an important role in the admission process. It’s possible that some of these admits had particularly strong profiles which counterbalanced their under-par language. It’s only speculation, though.

If the essays in Harbus Essay Guide are an indication, schools seem to be more accommodative of:

as far as language in essays is concerned.

They generally don’t comment on the issue; however, some of those who do, provide some credence to this. To quote UCLA Anderson, for example:

And Rotman School of Management, which puts more emphasis on impeccability of grammar, spelling, and punctuation (than style):

Admission committees aren’t looking for the class of a Pulitzer awardee in your essays. They merely want to see professional writing – grammar, punctuation, spelling, and style.

They seem to be somewhat more accommodative of non-native speakers (than native speakers) and style (than rule-based things such as grammar, punctuation, and spelling) when it comes to language in essays. However, it doesn’t mean you slack on these counts. In fact, if you’re a non-native, you should strive for a good style too, which, you never know, may give you an edge in a competitive applicant pool. 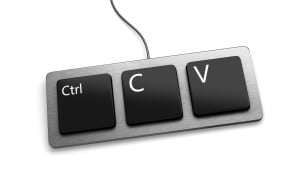