If you’re an international applicant (to MBA programs), then you may not have to necessarily write TOEFL or similar tests such as IELTS or PTE, measuring your fluency in English. Instructions by schools regarding who needs to write and who doesn’t are quite clear in most cases, but most instructions aren’t very clear on what evidence they want to see if you had English as the medium of instruction.

Let’s start with the first part.

Who can waive TOEFL and similar tests?

But, only for schools such as MIT Sloan and Yale SOM.

Yes, they don’t require TOEFL or similar test. MIT Sloan, for example, gauges your proficiency in English exclusively through interview and the verbal section of GMAT/ GRE.

And on the other extreme is Haas:

So for Haas, even if your medium of instruction in undergrad was English, you still need to write TOEFL if you received your degree outside few English-speaking countries.

However, these two schools are outliers. Vast majority of schools allow waiver under conditions that fall between these two extremes:

Almost all schools have this as a waiver criteria.

Some schools such as HBS, however, have preference for English as your medium of instruction in bachelor’s program, and less so in master’s.

Schools also have other criteria for TOEFL waiver. For example, Wharton has ‘considerable exposure to the language’ and LBS has ‘at least two years of work experience in an English-speaking country’ as one of the criteria for waiver.

But, how will school know that your language of instruction in bachelor’s program was English?

Unfortunately, some colleges don’t mention medium of instruction either on transcript or degree certificate, and hence confusion arises.

What do you do in such cases?

Nothing. In most cases.

Most schools maintain a database of colleges across the world, listing their medium of instruction. And if your school doesn’t maintain one or doesn’t have information about your college, they’ll likely ask the school.

So, you don’t need to facilitate any affirmative letter/ email from your college in this regard.

INSEAD, for example, wants to see evidence in your transcript:

So, just to be sure, there is no harm in writing a brief email to the admissions office (after going through their language requirements, which you can find in FAQs in Admissions section of their website) enquiring about any requirement from your side in this regard.

In almost all cases, their response will be no.

If you’re an international applicant whose medium of instruction in college was English, you need not write TOEFL and, in most cases, you also need not produce any evidence regarding your medium of instruction. However, drop an email to the school checking if they need any information from you. 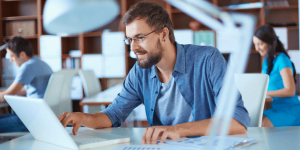 Are You 30+? MBA Programs May Have 3 Concerns on Your Application 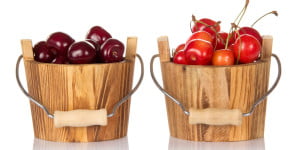 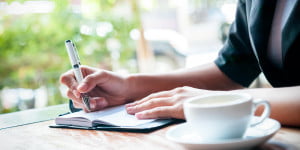 Does Recommender’s English Affect Your Recommendation?