Non-Traditional Applicant? Here’s How You Can Strengthen Your Application 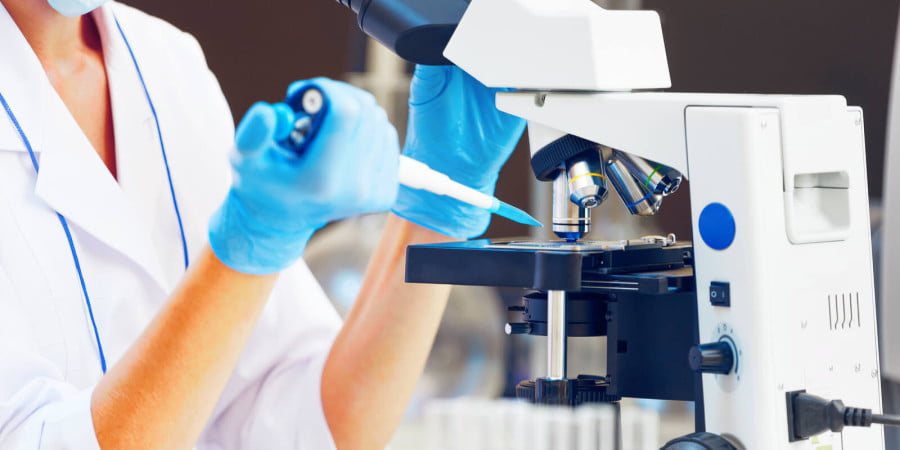 If you take proactive steps to allay these concerns, you can be – even to your surprise – a strong applicant.

Those who don’t fit the traditional mould – those working in industries such as consulting, finance, technology, and consumer products – of an MBA applicant. So, an applicant working in an industry such as biotech, military, government, education, fashion, high tech, art, sports, and non-profit may be termed a non-traditional applicant.

An applicant, though, is not a non-traditional applicant only by belonging to a less-represented demography or academic profile. ‘Non-traditional’ tag has more to do with professional background.

As a non-traditional applicant, are you worried that your lack of exposure to business functions may weaken your odds?

When filling in their class, MBA programs don’t make decisions on the basis of your knowledge in finance or marketing. They rather look for leadership, communication skills, team work, academic horsepower, and career progression, among others, which they infer from your application and interview.

And these evaluation criteria can be met, in their own unique ways, by those working in non-traditional field as well.

A doctor, for example, may share his/ her experience of saving the life of a critical patient by collaborating with colleagues and assistants as a leadership experience. Someone in military can reflect upon a failed operation in response to a failure essay. An applicant who worked in oil fields can write about his/ her experience of handling an emergent, critical situation, say plugging leakage of gas from an oil well, by coordinating with on-the-ground and off-site support team.

They are all non-traditional applicants, but they too have experiences which showcase the qualities that schools are looking for. If you dig deep, you’ll discover similar experiences from your past work which you never thought to be important enough for essays or recommendations.

So if you’ve never studied or worked in accounting, finance, or marketing, that’s fine. After all, aren’t B-schools there for that? Once you enrol in an MBA program, you’ll get plenty of exposure to these subjects.

As a non-traditional applicant, you’ve an advantage

As a non-traditional applicant, you’ve something desirable from the point of view of B-schools – diversity.

Peer learning is an important part of overall learning experience in an MBA program, and more diverse the class is, more opportunities the students get to learn different perspectives on the same issue. To quote Dee Leopold, former Admissions Director at HBS:

We spend a lot of time [during the admission process] imagining the kinds of conversations John would have with Jim if they were in the same section. What would they learn from each other?

Wharton, for example, has this to say:

While there is no set profile for admitted students, we value diversity in both professional and personal experiences.

Being from a non-traditional background, you fulfil this desire of B-schools more than traditional applicants do, and lend diversity to classroom discussions.

That way, unlike the over-represented applicant pools such as that of consultants, Indian software professionals, and bankers, you need not fluster thinking how to differentiate yourself.

However, for all the uniqueness of your background, an MBA program won’t take you in only because you’re from a less-represented background. It’s only the starting point, something that makes you different from others. And you need to build on that.

The admissions committee would want to make sure that you can cope up with the rigorous MBA curriculum, you’ve clarity on career goals, and you’ve managerial skills (mentioned earlier).

Let’s come to these.

What are the main concerns B-schools have in non-traditional applicants?

Schools invariably ask you to articulate your career goals, mostly in essays, but it may come up in interview as well. After all, that’s the most important goal for most applicants – a quantum jump in their careers.

In such questions (on career goals), schools are less bothered (unless it’s a major leap of faith such as a retail banker aspiring to join private equity industry, post-MBA) about what your goals are. They’re more interested in the reason behind those goals.

Soojin Kwon, Admissions Director at Ross, on how to answer the essay “what is your desired career path and why?” says:

The main purpose of the career path question is so we can evaluate whether business school makes sense.  A “good” answer isn’t about saying you want to go into a traditional business field. In fact, many of our students pursue a wide range of careers outside of traditional business fields (e.g., education, nonprofit, emerging markets). A good answer will describe your rationale for being interested in a particular path.

So if you’re managing the supply chain of an NGO providing supplementary nutrition to young children and your post-MBA goal is management consulting, then you need to delve into the reasons for your interest in this career. For example, do you like solving problems (not math, but on-the-job, real-life ones)? Do you’ve transferrable skills? Or, do you’ve a specific medium-term goal which requires skills that you can gain in consulting?

To be honest, it can be bit challenging to articulate a rationale for transition into an unrelated industry, but there isn’t an option. You need to find a connect, a rationale, preferably allowing examples/ experiences to support it.

Articulating this connect is less challenging if you’re a traditional applicant, as such transitions are more mainstream. A marketing professional in consumer goods industry, for example, may get away with a fuzzier rationale (though not advisable) for transition to consulting. But not you. That way, the benchmark is higher for you.

Identify your strengths, past experiences, and insights that you can leverage in your post-MBA industry/ function. They’ll form the foundation for that connect.

Non-traditional applicants traditionally have had math as their Achilles heel. They either lack in exposure to the subject in their pre-MBA academic curriculum or in performance through good grades.

If you’re one of them, then you need to compensate for it by performing well in the Quant section of GMAT/ GRE.

If you’ve a weak Quant profile, perform well in the Quant section of GMAT/ GRE.

What else you can do to strengthen your application?

Explain to your recommenders the tenets of a good recommendation

If you’re an analyst in McKinsey applying to MBA programs, it’s very likely that the Engagement Manager, your recommender, would’ve written recommendations previously.

However, if you’re in fashion industry, your recommender may not have.

Recommendation is an independent (supposed to be, at least), and hence very important, piece in the admission process. And if your recommender doesn’t write an effective recommendation because they don’t know how to, then you’re at a severe disadvantage.

If you’re a non-traditional applicant, you may have to explain to your recommender (better, with examples) how to write effective recommendations.

Play to your strengths

As mentioned earlier diversity is one of your biggest strengths. Play to that strength. Don’t flinch from showcasing your experiences in essays. (However, your experiences need to answer the essay prompt in adequate depth, and shouldn’t be included just for the sake of a different flavour.)

The circumstances that you describe in those failure, leadership, or ethics essay will be very different from those of traditional applicants. Admission committees, when going through piles of essays, are bored of repetitive narratives of typical corporate scenarios. Yours will be different. They’ll not only draw in the reviewer, but also signal him/ her the conversations that John (you) will have with Jim, as Dee Leopold says.

Play to your strengths, simple.

If you’re a non-traditional applicant to MBA programs, you can do following to allay possible concerns of admission committees:

to strengthen your essays.

Related posts
Why Result Predicted by Your Profile Evaluation May Go Completely Awry?
3-Year Degree: Do You Fulfill Eligibility Criteria for MBA Programs?
Applying to MBA programs? Which test to take – GMAT or GRE?
Example of Application Strategy – Canadian Programs
Pursuing Second MBA: Why the Bar Is Higher and How You Can Cross It?
How Accommodative Are MBA Programs of Your Sub-Par English in Essays?
Recent Posts